what was an action packed year for Hanhaa 2017 began with the company hosting the ParceLive Open Forum. This event signalled a coming out party for ParceLive as Hanhaa displayed to customers, suppliers and stakeholders a production ready solution for the first time. ParceLive was then ready to begin scaling the world with all 6 sensors active and a much improved battery life of more than 20 days.

“In 2017 we doubled our team, moved into our own space and brought a fully functioning ParceLive service to the world as well as launching our own mobile network. But our journey isn’t over. There is plenty more to come in 2018 that we can’t wait to share with you. See you there.” 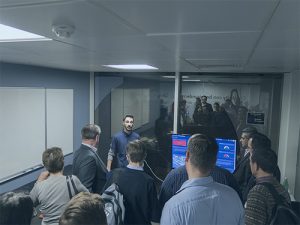 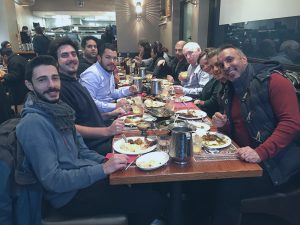 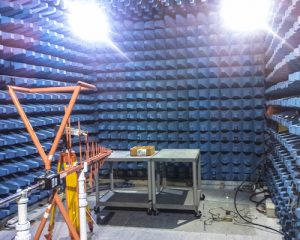 what was an action packed year for Hanhaa 2017 began with the company hosting the ParceLive Open Forum. This event signalled a coming out party for ParceLive as Hanhaa displayed to customers, suppliers and stakeholders a production ready solution for the first time. ParceLive was then ready to begin scaling the world with all 6 sensors active and a much improved battery life of more than 20 days. Much of the rest of the early part of the year was spent testing, adjusting and putting ParceLive through ‘sea trials’ in preparation for expanded launch later in the year. In the early part of the year the company also had a presence at Embedded World in Germany as well as at the Mobile World Congress in Barcelona. 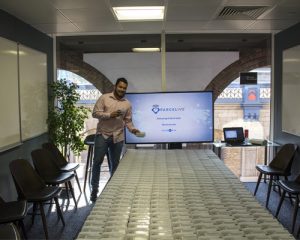 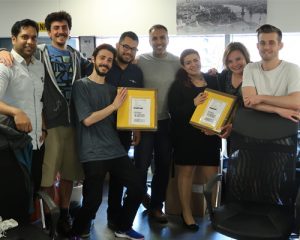 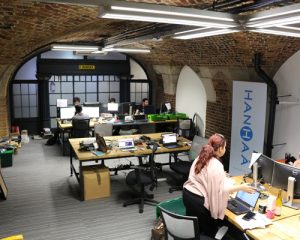 As the midpoint of the year rolled around ParceLive entered into its first small batch of mass production manufacturing 500 trackers. Containing more than 70 individual parts procured from across the world each tracker is expected to transmit live data from global supply chains for up to three years. Following this run of production the team shipped units out to the first ParceLive production customer in May

One of the biggest moments of the year for Hanhaa in what it represented was the company’s move away from the shared office space of the Rainmaking Loft into its own private office space in Tobacco Dock. The new space allowed for expansion with more room to meet, test & develop as well as 8 new team members coming aboard. 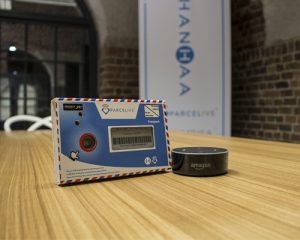 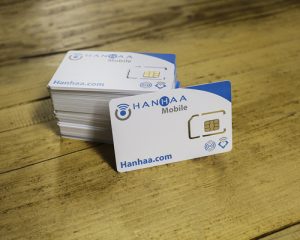 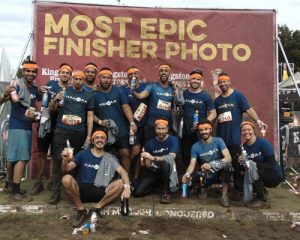 Entering the summer period Hanhaa began work on ParceLive’s integration with Amazon’s Alexa, a new feature that was to be displayed at the Post Expo in Geneva and fully rolled out to ParceLive customers in 2018. Users of the service can now ask Alexa directly about the status of their parcel in real time as well as check orders and inventory.

In September the company took part in the London South tough mudder consisting of 10 miles of mud, ice, obstacles, electricity & teamwork. The team pushed, pulled, crawled and ran their way around the course completing it in around 4 hours and just in time for a nice dinner! 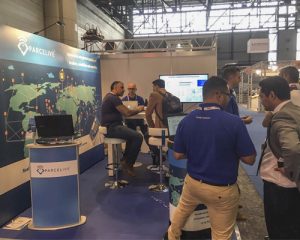 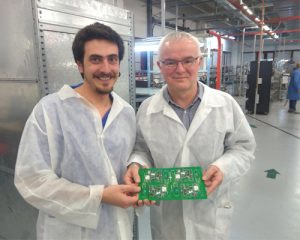 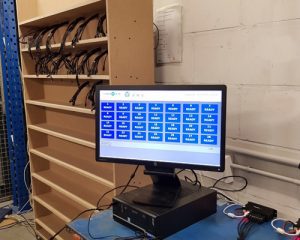 While Hanhaa had been present at many trade shows in the past Post-Expo 2017 represented the first time that the company had been on a stand of its own. Welcoming close to 300 visitors over the 3-day show Hanhaa displayed ParceLive to many enthused guests who were able to interact on stand with ParceLive’s Alexa integration. For Hanhaa Post-Expo was a success & down to a team effort to bring everything together from technology to logistics. Some of those introduced to ParceLive at Post-Expo are now tracking their parcels across Europe.

As the year started to wind down things began to wind up for Hanhaa. In Italy the team oversaw the first of a 20,000-unit production run coming off the line at the Jabil facility. The company will produce the remainder of the trackers in early 2018.

In parallel the team installed the ParceLive Device Management System (DMS) at the Arvato Bertelsmann facility in Brussels, Belgium. This is the location at which ParceLive units will be returned and readied for re-use after being placed in the post after each journey. Developed by Hanhaa engineering team the DMS will enable the processing and handling of thousands of ParceLive trackers per day. The DMS allows Hanhaa to simultaneously program many ParceLive units at a time, uploading any updates and system checks after each use.

Finally, to all of those who we met in 2017 we look forward to seeing you again in 2018. For those we have yet to meet we can’t wait to do so next year.

We hope that you had a great 2017 and wish you a Merry Christmas and healthy & prosperous new year.