It comes as a shock to no one that e-commerce is booming. Ordering items from the internet has become as normal an everyday activity as driving to work or making coffee in the morning. While online shopping has been available for a number of years the increases in sales seen globally are still sizeable, with annual increases varying from around 16% in the UK and Europe, 14% in the United States and 30% in Canada. But for how long can the increase in popularity of online shopping continue, and what happens when traditional brick and mortar stores become obsolete due to lack of customers? It is an extreme idea to think of a world with deserted high streets, empty shopping malls and barren supermarkets. While these days may never come the year on year increases in e-commerce point to a definite shift in the way that people will live their lives in years to come.

A factor not often thought of is how we are to receive our online orders to our door. A decrease in in-store shopping will see a large increase in traffic on our roads with items being delivered. We could also begin to see a shift in the job market with those previously working in retail being pushed into warehouses or even utilised as drivers. Other countries around the globe are seeing similar movements with China recently surpassing the United States in dollars spent online. Increased accessibility to internet and use of smart phones has led the e-commerce boom in the Asian country which saw a 41% increase in online sales between 2012 and 2013. With internet availability of course being the key component to drive online sales many are clambering to get on board with the next e-commerce boom set to take place in Africa

There are many different barriers to navigate when implementing a successful e-commerce venture on the African continent. While many have access to the internet and the ability to make online purchases a large number are choosing not to due to online fraud and corruption as well as low confidence in the current delivery options. Whether it’s increasing consumer confidence in delivery in places such as Africa or enabling logistics companies to keep a live look over their ever growing networks in Europe and North America Parcelive offers the ‘Truth At Scale’ the consumers and businesses alike demand.

As delivery companies deal with the pressure of increased order numbers and a demand for reduced delivery times the ability to deliver in the most efficient way possible becomes key. Using ParceLive and the Internet of Things to seek out, detect and fix problems across a supply chain allows for the smart use of data that humans cannot by themselves achieve. Similarly, those consumers who think twice about ordering online because of low confidence in the people delivering it will now be given a live look on the status of their shipment, creating accountability for those delivering it and confidence for the receiver. With increased confidence in e-commerce we could be about to see larger numbers of people in places such as Africa placing their orders online. If you are interested in offering real-time parcel tracking as a service to your customers: 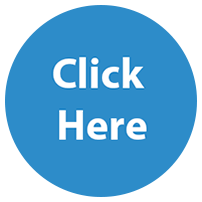 Hanhaa enables an Internet of Things framework that solves a real world pain while remaining accessible to anyone and everyone. Our role is to remove the technology from the conversation and just deliver the answers our customers are looking for. As we continue to grow as a company we are always looking to expand our outreach in order to better share with you all of the exciting things going on at Hanhaa. Follow us on Linkedin, Instagram and Twitter to keep up to date with everything Hanhaa. We appreciate the time you invest to engage with us. Your return is a company committed to making a meaningful impact on your life with what IoT has to offer. Join us and be part of it.