How Hanhaa goes Beyond Small Package Delivery to Solve for Project, Pallet, and other Outsized Load Transportation Issues 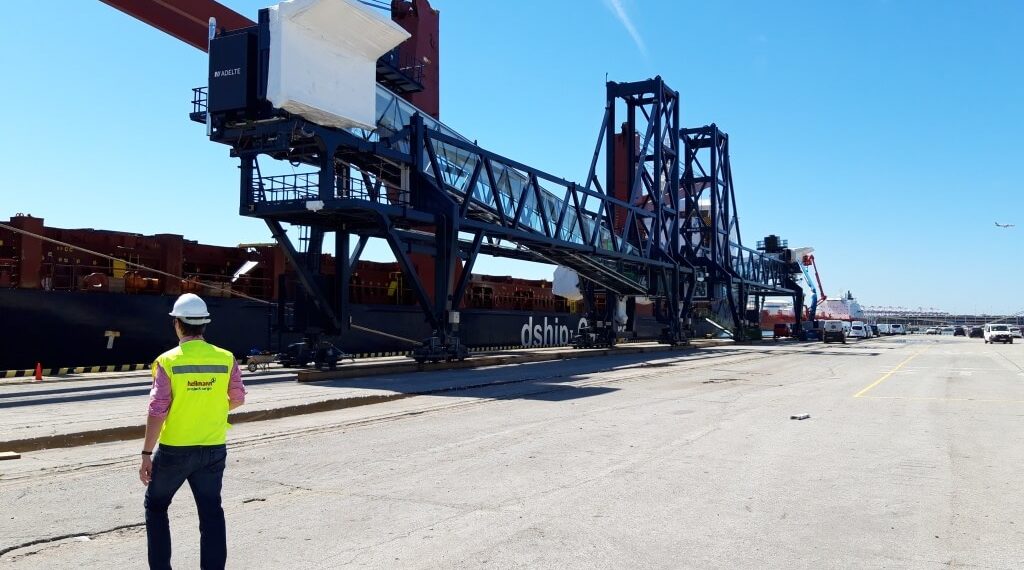 For many, traffic is a mere inconvenience. To the Logistician, UK Freight Forwarder or Supply Chain Manager, however, the word ‘traffic’ carries far graver consequences.
Traffic on the roads is one thing, but there is also increasing traffic at the world’s largest sea ports, as well as on overtaxed internal tracking systems, back-office databases, and, of course, the World Wide Web.

Add to this list of bottleneck constraints, the relentless demand for accurate, on-time last-mile delivery, and every member operating within a supply chain is more than willing to go and sit in bumper-to-bumper traffic rather than contend with outdated means of shipping and tracking goods around the world.

Large, bulky, and oversized goods are no exception, of course, but might lead some in the supply chain community to wonder just how hard it is to track and trace a ‘parcel’ as large as a freight train, crane, or wind turbine, especially when the individual in question is more accustomed to dealing with door-to-door deliveries.

The answer could prove surprising to these smaller shipping companies, in that it is incredibly difficult to not only monitor and pinpoint the location of big, heavy assets, but also keep them safe, insured, and on-time to delivery schedules and even multi-billion dollar project deadline.

With so much at stake, it might seem counter intuitive to look toward a simple solution, but that is just what Hanhaa do, and will continue to do when creating tailored, flexible, and reliable tracking ecosystems for both large and small UK freight forwarders alike.

While the definition of a project is very much in the eye of the beholder, Hanhaa focuses more on reach and scope when ensuring the movement of a large, physical project meets an intended operational outcome, specification, budget, and schedule timeline.

Project cargoes can be defined as follows:  big, heavy, expensive, or complex pieces of equipment that must move nationally, transnationally, or internationally.

Hanhaa recognizes that small shipments can come with their own set of project-based challenges mainly encountered in the last mile of delivery, but we are quick to point out that truly global endeavours are increasingly taking place in the renewable energy industries with huge knock-on benefits for developing countries.

Bearing in mind that no Goliath is more important than any David (or vice versa!), Hanhaa developed, and continues to develop, its hardware and software-based solutions with both ends of the spectrum in mind.

For instance, Hanhaa’s recyclable IoT trackers not only monitor for discrepancies in location, tilt, temperature, shock, freefall, light exposure, and humidity of smaller articles, but also large or temporarily disassembled assets to ensure no breach of integrity throughout the transit process. 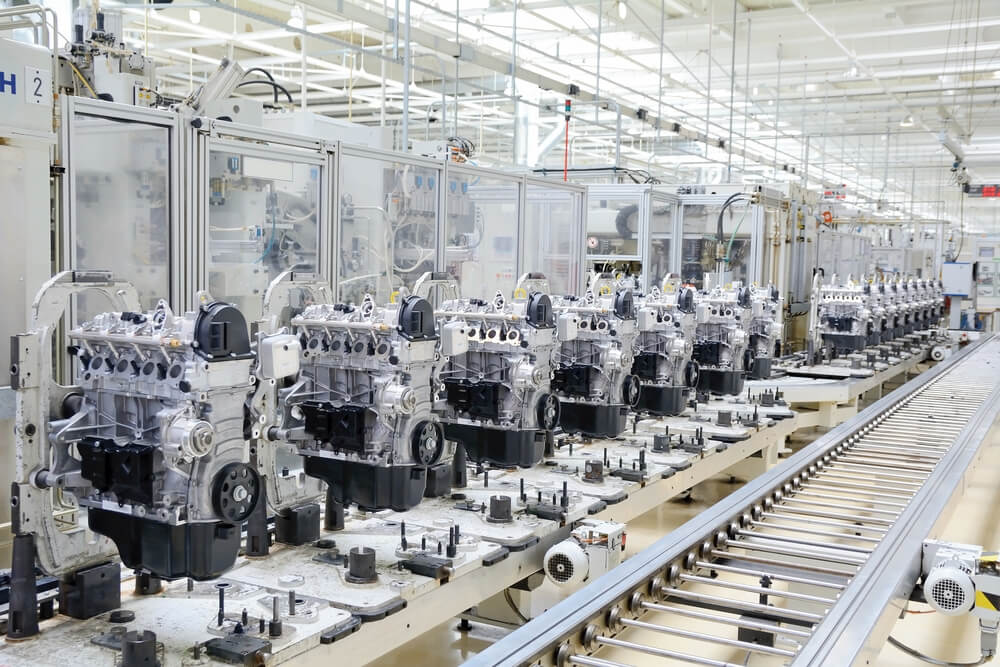 This is essential in the case of the large projects where huge, expensive cargoes need to be taken apart to fit within the limited confines of a shipping hold, train compartment, or aircraft fuselage and, therefore, arrive at the same location ready for reassembly and dispatch to the final field-testing location.

In keeping with this theme of ‘the whole’ being greater than the sum of its parts, Hanhaa’s IoT devices go so far upstream and downstream from large shipment deployment locations that it has the ability to create partnerships between not only manufacturers and customers, but also exporters, importers, wholesalers, retailers, suppliers, and exhibitors.

This is all to say that Hanhaa Supply Chain Solutions provide more than a physical tracking device as it also offers data as a service capabilities between project partners.

As a thought experiment, consider how many large items like wind turbines will eventually need to be inspected with some expensive and bulky components needing to be replaced.

Knowing where those assets originally came from, what pallet and in what location they currently reside upon or within, and what laboratory they got their metallurgical certifications could all help speed the replacement process while also pointing back, historically, to how they got to a pre-deployment location in the first place.

ParceLive not only tracks key factors such as location or duress encountered by the asset during transit, but also enables the sharing of that information between upstream manufacturers and downstream operators to avoid any delays should the pallet show up damaged or worse yet:  not at all.

On that note, or when assets go missing or arrive in an unsatisfactory condition, Hanhaa’s ParceLive can provide peace of mind during the dispute resolution process.

First off, it should come as no great surprise that large assets are often, or very nearly always, expensive.

Take for instance, Hellmann’s ship-to-shore gangway, or General Electric’s one-of-a-kind Haliade-X 12 MW, which often must navigate narrow roads in Europe (there’s that traffic analogy again) without incident as there is no replacement anywhere in the world should damage occur at an overpass or at an already congested port.

Not only does this place strain and stress on workers and other dock personnel, but it demands innovative solutions that are not always cheap.

Thus, when something goes wrong insurance companies may take a long time to resolve the issue and at no fiscal benefit to either party after years of litigation. 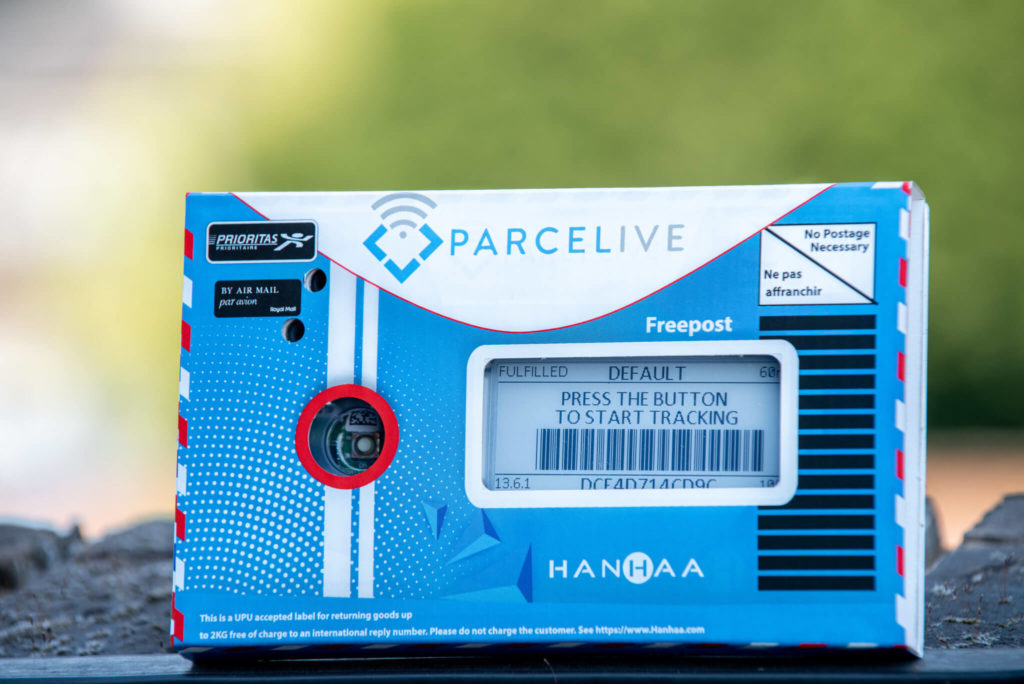 With databases that indicate exactly where a breach in service occurred or a delay at a border crossing appears suspect, owners and operators with idiosyncratic projects cargo, pallets, or the like are more able to respond in real-time to stop damage as well as note where an issue occurred so as to more accurate charge for compensation.

Shipping items, both large and small, is an increasingly fraught operational space.

Not only is there the last-mile delivery of Amazon to contend with, but increasingly congested roads, airways and ports to manoeuvre and navigate.

Compound all of this with scheduling deadlines as well as project budgets and the demands on the supply chain manager or logisticians become too much to bear.

This is precisely where ParceLive can lend a hand to both a David and a Goliath by offering unrivaled insight into project cargo movements, palletized storage capacities, and preventative insurance policy with timely remuneration at the fore.

TrackIQ Using ParceLive To Monitor Wine and Spirits In Transport