ParceLive: No Hassle, No Waste 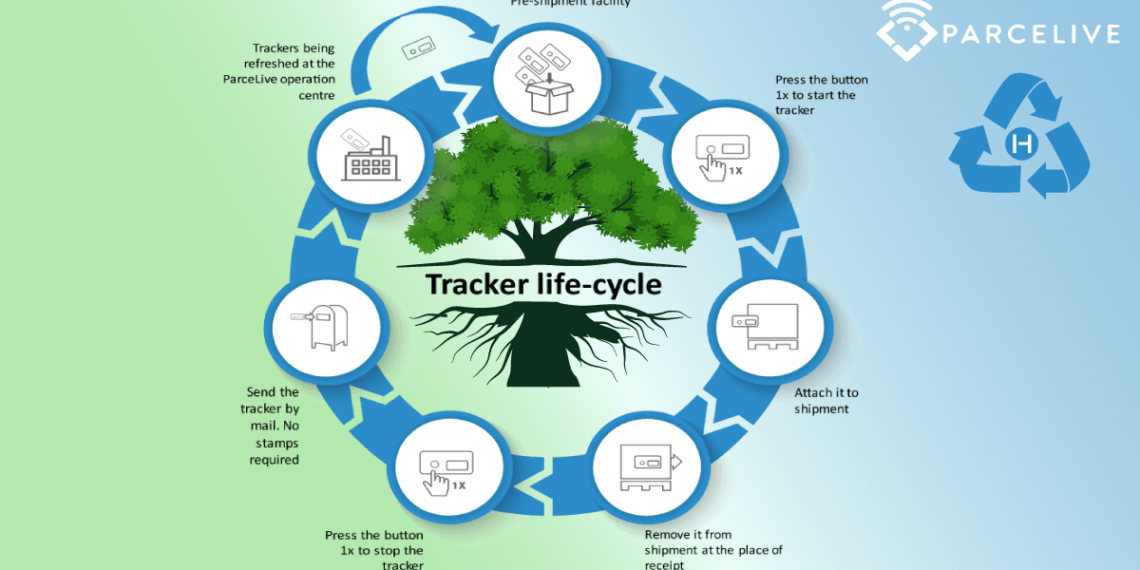 Turn on the television or glance at a newsfeed and you will likely see headlines hyping the latest facts and figures regarding global warming, greenhouse gas emissions, carbon footprints, climate change, and rising sea levels, just to name a few.

Wait long enough or skim further down the page and you’ll soon be met with CEOs promising to look more closely at their claims of corporate social responsibility.

The next headline?  Probably something about protests, counter-protests, and, of course, opinion pieces and letters about how both sides are wrong.

But what is one to believe?  Is the environment as bad as the ‘experts’ say?  Are CEOs really the ones to blame?

Regardless of where you land in this speculative minefield, one thing is for certain:  electronic consumerism all along the supply value chains are killing the next generation of consumer, especially in Africa where waste is dumped on the order of 152,600 tonnes per annum.

There is little guarantee in realizing this vision, however, until there is a concentrated effort in correcting the current circular economy, reducing e-waste immediately, and holding those companies that fail to meet legislation to account.

First, it is important to have a working definition of e-waste, which, and per the European Commission, is considered waste of electrical and electronic equipment (WEEE) such as computers, television, refrigerators, and cell phones that all, when not properly disposed of, can cause major environmental and health problems.

Put another way, e-waste is any end-of-life electronic good (i.e., temperature exchange equipment, screen-based items, lamps, lightbulbs, large equipment like washing machines, small equipment to include microwaves, and small IT equipment like Global Positioning Systems (GPS)) that are discarded, donated, or given to a recycler so as to be salvaged as scrap by those employed within this sector in importing countries.

What then, is the big deal? you may be wondering.

You did your due diligence, right?  You took that old copier to the recycling point and, in so doing, provided jobs and means for an income to someone in a developing nation as they stripped away the estimated €55B worth of copper and gold still left in the discarded junk.

Sadly, you would be mistaken given that most recyclers, as was proofed out in a data-driven, GPS-guided study conducted in 2017, simply offloaded the largely plastic-based (read:  worthless and outdated) items to landfills in Ghana, Nigeria, and Thailand.

What’s more, and potentially worse, is this has been a known issue for decades with crisis-inducing statistics having been kept and monitored by the likes of the Environmental Protection Agency, the United Nations (UN), and numerous action groups.

The tipping point, however, now seems to be the direct causal link to increases in cancer in those living and working in landfills in Asia and Africa on account of the dangerous levels of dioxins, which have completely saturated the food chain with eggs and meat no longer safe for consumption.

So, how do we (yes, you and I included) stop killing our future customers when it comes to reverse logistics, recycling, and restoring the food chain? Easy—design it into the process so that garbage flows out.

How ParceLive prevents e-waste and operational hassle at the source:

For any shipper, recycler, or manufacturer of information and communication technologies (ICT), ParceLive offers a turnkey solution to the social ills that come at the end of a product’s lifecycle.

Consider, ParceLive itself uses e-ink digital displays embedded within each GPS tracker so that they can be reused no matter the item being monitored along its supply-chain journey.

ParceLive channel partners and end-users simply inform the team at Hanhaa as to where they need trackers sent too, and when the journeys are complete, the trackers are sent back to a Hanhaa fulfilment centre via freepost where they are recharged and updated for their next journey. The aim here is too minimise the operational pain of companies having to deal with the trackers before and after use which in turn, has huge benefits for the environment minimising waste. 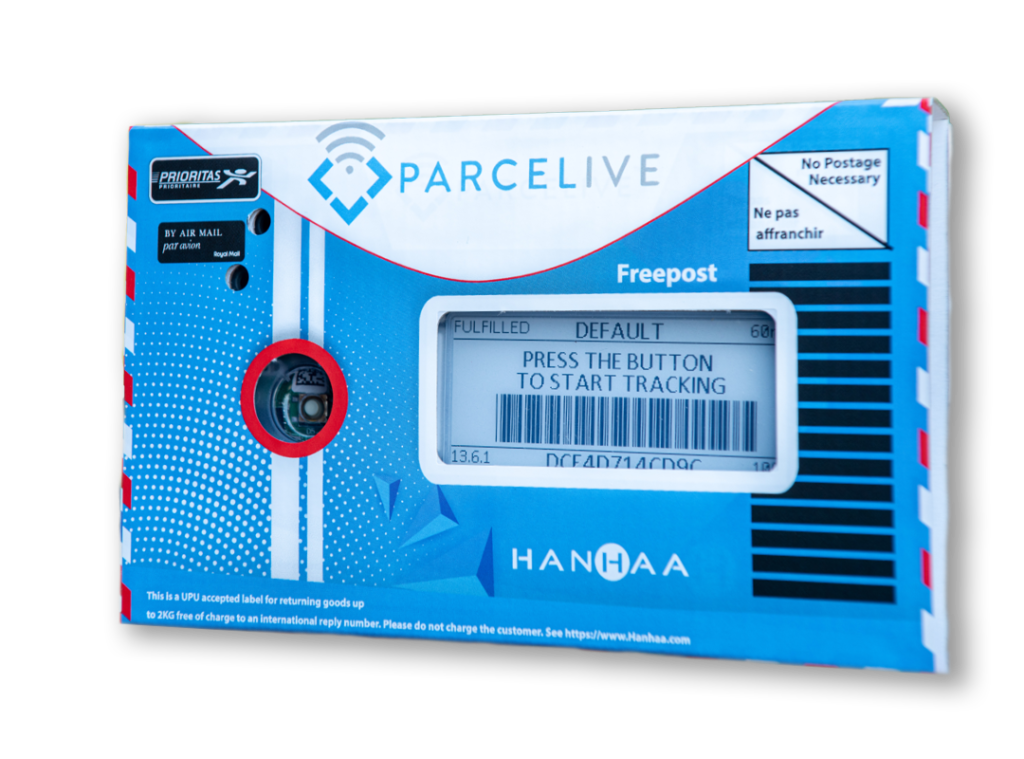 Each tracker, when initially dispatched, say, to the WEEE recycler who wants to show government agents that he or she is taking seriously the UN’s Sustainable Development Goals (SDGs) for this type of pollution, comes complete with international returns postal packaging.

What’s more, the user interface will easily track the location of the shipment so as to ensure e-waste only ends up at an approved collection point in Europe.

How PareceLive drives truth and transparency in shipping:

ParceLive also enables recyclers and resellers to add truth and transparency to their process, which translates to a value proposition that they can leverage in their marketing copy.

What’s more, the data that is collected can also help recyclers gain valuable network insights and learn which exporters or importers to trust. This added level of transparency also means auditable data can be passed along to action groups or government organizations toward dispute resolution and shutting down dishonest companies.

How ParceLive designs out flaws in e-recycling:

Looking at the transition away from linear economies, or take-make-dispose cycles, in favour of circular economies replete with calls for regeneration, ParceLive is looking to plug holes in the systemic leakage of e-waste.

This is to say that ParceLive not only reduces their e-footprint, but those of their consumers by enabler one tracker to work equally well across bulk shipments and various categories of WEEE. 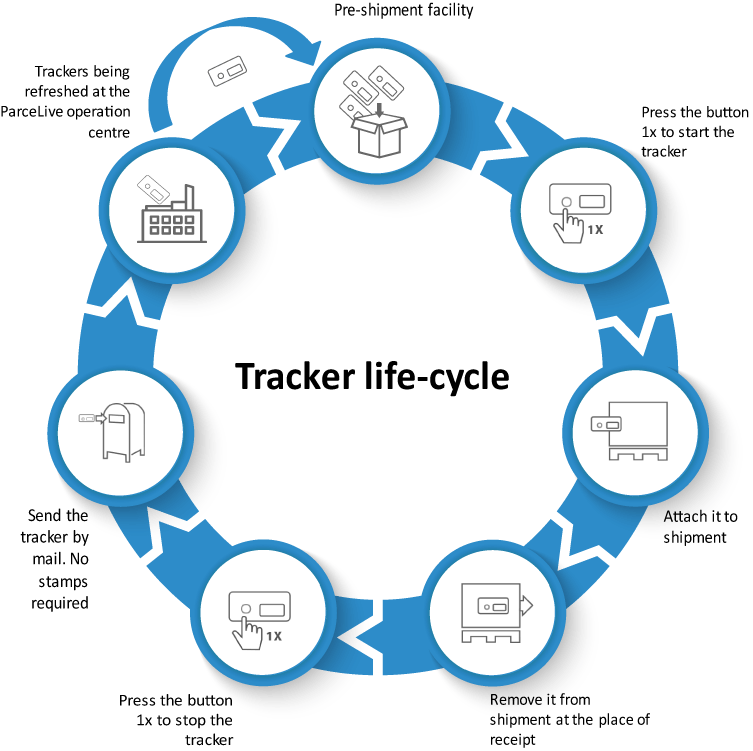 In returning to the social ills of e-waste and the negative impacts on not only circular supply chains as well as food chains, the adoption of live-tracking, GPS technology seem like an easy solution for channel partners to adopt.

In other words, the e-waste recycler not only gets to set and agree to his or her own commercial terms, but to market on the fact that they are taking seriously the fight against pollution and premature death in developing nations.

This win-win value proposition will see the ParceLive-enabled firm quickly jump ahead of their competitors and, in so doing, make good on their taking serious the fight to reduce e-waste the world over.