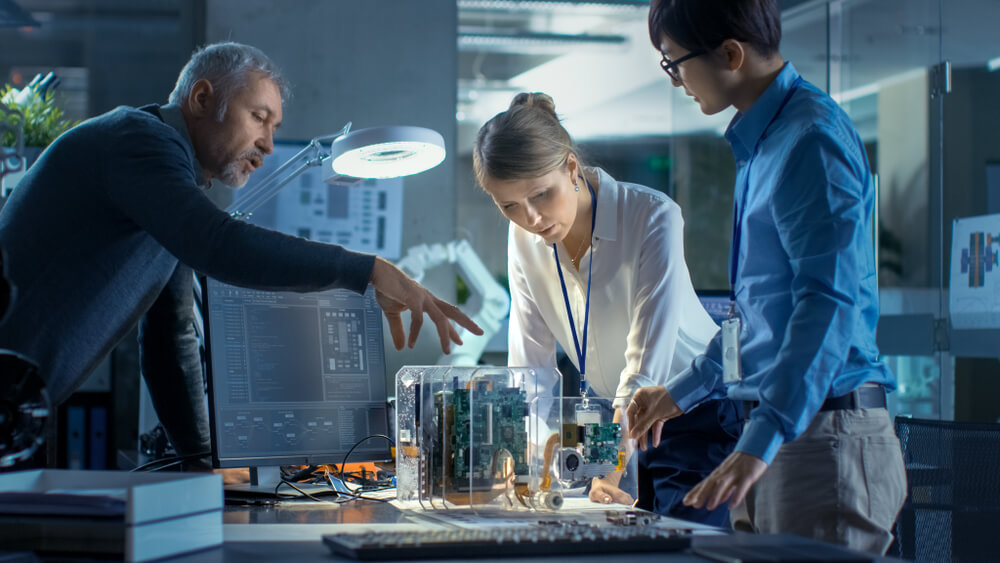 Bottom-line up front:  The below article discusses, but summarizes here on behalf of the time-constrained supply chain manager, why it is important for all types of logistics companies, be they more traditional, steeped in tech, or a hybrid of either approach, to embrace the shift toward long-term research and development (R&D) initiatives funded largely by industrial super complexes, regional technology campuses, start-up incubators, innovation hubs, cluster initiatives, and, not to be forgotten, huge government contractors.

Read on to learn more about how Hanhaa is looking to strike this balance of commercial and civic partnerships with their ParceLive technology-based solutions.

Where it, or logistics, all began:

When looking at the RAND research institution’s definition of logistics, it becomes clear that the modern-day definition of this storied profession owes a lot to the military, which they define as follows:

The transfer of personnel and material from one location to another, as well as the maintenance of that material [in order] to support an ongoing deployment or [response] to emergent threats. 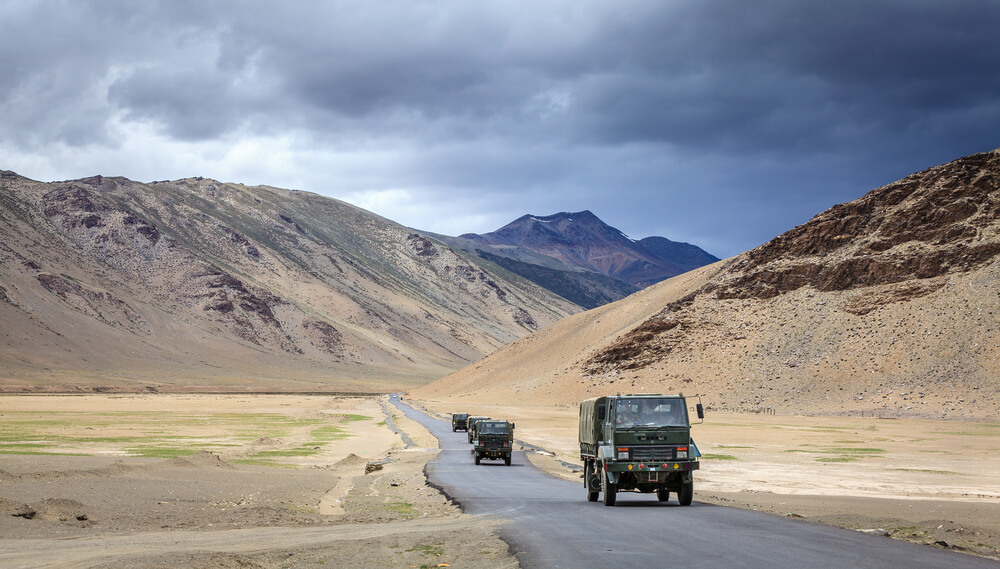 So, why is it that today’s military planners and loggies look to the best practices of eCommerce giants like Amazon when triangulating how to best move packages, parts, and people?

Dating all the way back to the times of Alexander the Great and no better epitomized by very nearly ever attempt to conquer the vast landscape that is Russia, land-based logistics has required either a large upfront spend or a plunder, pillage, and progress strategy.

Not until the end of World War II followed by the subsequent reclassification of warfare not so much as campaign-driven, victory marches, but more as long-term, interminable conflicts requiring near-constant sustainment abroad, did logisticians, acquisitions personnel, and R&D departments begin to assume more civic and commercial roles.

This is to say that from the 1940s until the mid-1960s, governments the world over, but mostly those in the West, spent, on average, two-percent of their nation’s gross domestic product (GDP), or about $400B per year in today’s dollars.

This investment not only fuelled the Space Race, but also created a new industry of corporations-turned-government contractors (e.g., Airbus, Boeing, Booz Allen Hamiliton, Lockheed Martin, Boeing, et al.) looking to leverage a new stream of funds in which to not only develop military-grade technology, but also simultaneously develop profitable products they could sell direct to consumers. 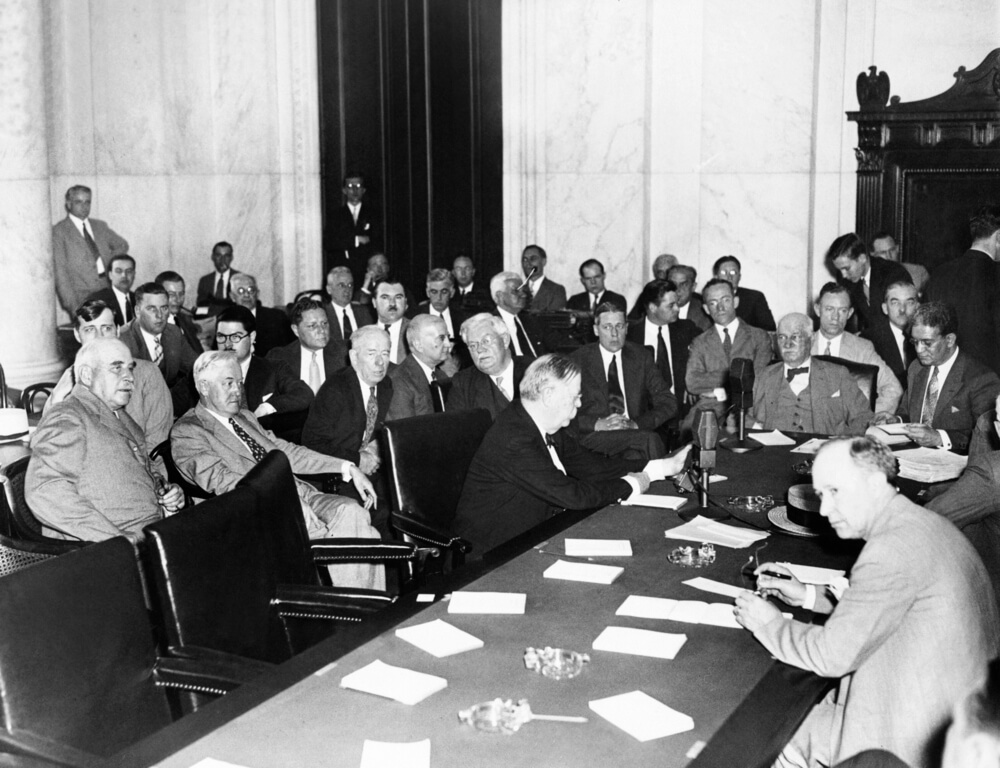 Where it, or the value chain, is at present:

Fast-forward to 2019, however, and the landscape is almost entirely unrecognisable.

Logisticians, supply chain personnel, and sales teams embedded within the likes of Amazon, Oracle, and Microsoft are now more likely to lend their services and innovations to governments so that the latter can move troops and equipment closer to the frontlines of armed combat.

While the US still spends over 25 percent more on R&D in this sector than its nearest competitor (i.e., China), the more exciting developments in the field of logistics are taking place on the fringes of universities, research parks, innovation hubs, and aerospace clusters.

No one company understands this transition better, though, than Hanhaa.

This firm epitomizes what needs to happen within and across supply chains, which is to build lasting partnerships across both civil and governmental organizations by hosting and attending conferences aimed at safely and securely advancing R&D around the IoT, 5G networks, AI, and interplanetary modes of transportation, among others.

Not only do such initiatives lead to job creation and other positive, knock-on economic effects, but the dual-use aspects of monitoring and tracking technology means a likely decrease in criminal activities, which benefits society, writ large.

Where it, or supply chain spin-ins, are going:

What both corporate- and civil-minded supply chain leaders must come to grips with, then, is not only the notion of military-to-mail order technology, but the opposite as well, or:

This can best be seen by commercial technology originally developed with consumers in mind, but which is later militarized (read, not necessarily weaponized) for defence departments still at the mercy of long-lead procurement processes that fail to keep time with fast-moving advances in technology.

Taken still further, and as is being explored by Hanhaa, the concept of open-community developments around IoT devices and 5G networks that lend themselves to both spin-offs and spin-ins with militaries and police forces alike, are gaining traction as a means in which to make information accessible to all and, in so doing, reduce the likely of armed conflict at its source.

Of course only time will tell if such ‘sidewalks’ will encounter any military-esque blockades, but participation in such initiatives and government contracts is no less meaningful or laudable.

There is still an arms-slash-logistics race between nations, of course, despite the long-held belief that an increasingly interconnected world would lead to less conflict, but there is hope not only within countries but across regions and alliances as well.

The below charts indicate a ‘business first’ logistics policy actually levels the playing field, or battlefield, as it were, with the number of inter-nation clusters, hubs, and campuses growing in nations that feel threatened, but that which produce some of the most innovative tech the world has ever seen (e.g., South Korea, Israel, and Japan).

As this shift grows increasingly pronounced, therefore, it is not without reason to hope that similar races will be less about arms and more about AI.

Here’s to the future.