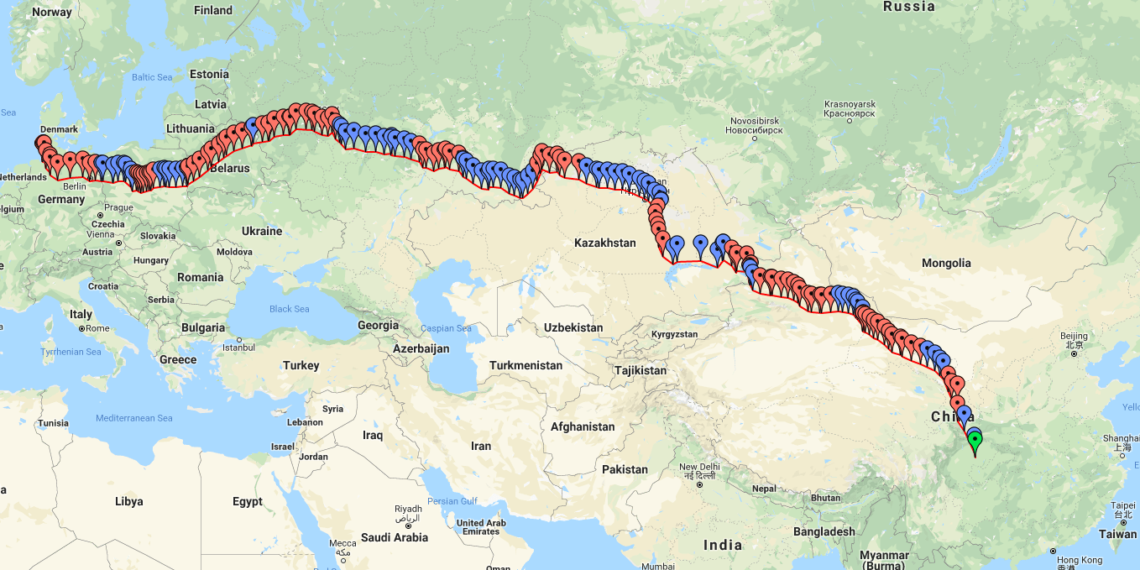 As often is the case when launching big, bold business initiatives meant to set the world on fire, governments and large multinational corporations are usually only too quick to hire marketing types charged with rebranding standard workaday concepts and other routine operations as, well, big, bold, and, yes, sometimes even sexy.

But more on that, anon.

Before acronyms as well as large sums of money can start flying around, however, there must be some sort of demand or other driving factor behind the dollar bills being doled out by both public and private enterprises alike.

Whether it’s the former trying to curry favour with FIFA or the IOC, as was most recently the case for Qatar and Japan, respectively, or the latter looking to gain a foothold in the Middle East through Vision 2030 or Dubai 2020, the business case for taking the mundane and turning it into a tagline must be backed by reems of data.

This is especially in the field of supply chain management since the world of global shipping knows no bounds and requires evermore cooperation between nations once deemed enemies, if not outright competitors.

Case in point?  China’s New Silk Road or Belt and Road Initiative (or, yes, even sometimes, the One Belt, One Road initiative).

Regardless of what ‘it’ is called, the fact remains that the world is only shrinking and becoming increasingly interconnected both virtually vis-a-vis smartphones and similar technological advances as well as physically with super tankers plying the waters around Panama and the Straits of Hormuz.

Why bother, then, with overland routes that were once the dominion of camels and caravans and have since become dated means in which to export goods and services?  Why not funnel funds into more present-day commercial enterprises, such as ports and planes?

The answer is simple, really:

Like kings and queens of yore and even tsars and empresses of long before, being able to wield power comes down to a few basic tenants couched primarily in history, geography, and politics, not to mention having control over the very means in which to share that information (cf. above comment on marketing).

And so, again, regardless of whether one calls it the ‘New’ Silk Road or something more catchy, the very foundation of achieving broad-based, strategic business initiatives comes down to understanding geopolitics and leveraging information by way of data in order to influence the masses in supporting a vision that boosts bottom lines the world over.

Here’s how one company portends to do just that:

Before looking at a case study that ties Hanhaa to the past by way of big data and monitoring of software as unassuming as MS Excel, MNCs and logisticians first need to understand the history of such trade routes as those used by Alexander the Great and even Napoleon.

Such is the case for the New, and more classic, Silk Road.

Once a means in which to move armies and accumulate influence by means less commercially-driven, caravans of nomads and traders looked to sell their goods no matter where they stopped, which inevitably led to the spreading of ideas, culture, religions, and more.

Fast-forward to present-day and much the same is happening with a soft- and hard-power sharing between nations, such as Russia and China, which were both hot and cold enemies for years, but with ties (literally, railroad ties) dating back to 1898.

Right, and back to that sexy comment?  While it may not be Taoism or the spread of algebra being moved across borders, the idea of music, ballet, and, yes, even swimsuit contests, is bringing together potential trade partners in ways that smartphones and iPhones simple cannot.

In order for shippers to leverage the New Silk Road, or One Belt, One Road initiative, however, a greater appreciation of the strategic geoeconomic and geopolitical aims of China, Mongolia, and Russia are also warranted.

While history is important, so is geography and the other influential factors that generate such visions of grandeur as, well, er, Vision 2030 and Dubai 2020.

While countries and trading partners want to have as porous a border as possible in which to move items, they are also poised in looking for only those balances of power (yes, there’s the idea of influence, again) that tilt in their favour.

China has successful grown its own sphere by investing abroad and caused a sort of fright among formally influential nations in Europe with other platforms meant to support their Belt Road Initiative such as the ’17+1′ collection of nations that are ready to grow their economies and are tired of waiting for European Commission approval.

While China’s spend (on the order of some 900B USD) appears to know no bounds, the economics are in their favour as outcomes are yielding amazing results to include record-setting freight receipts totalling some 7.83M tonnes transacted per day.

Oh, and this is growing at an average rate of nearly 10-percent per annum.

More than camels and railcars:

While this is certainly not a traditional, commercial competition between neighbours nor a new alliance among future city-states looking to depose a Genghis Khan-esque character, data-based results are hard to argue with from a strictly logistical sense.

In other words, consider the following facts:

While allowing the facts and data to speak for themselves, no firm should, as a sort of best practice, put all its eggs in one basket.

Hanhaa, or the firm behind the humble data-tracking software- and hardware-based solution provide ParceLive, would urge any MNC or country looking to take part in the New Silk Road to diversity and investment in other multichannel and multimodal means in which to ship goods.

That being good business practice, it’s also important to look at the tea leaves and ensure all partners are acting transparently regardless of political, economic, or historic motives, which is why data can act as the one true means of partner unification.

All of this PESTEL-esque analysis, or geopolitical, economic, social, technological, environmental, and logistical consideration, is for naught if not supported by data that is easily digestible through airwaves or smartphone-size newsfeeds.

This is precisely where case studies and data collection come in handy as compiled by the profiled company, Hanhaa.

Taken within this context, or that of the New Silk Road initiatives aimed at rekindling trade routes dating backs hundreds, if not thousands of years, Hanhaa is already strategically positioned to take action on behalf of clients looking to move their goods and products cheaper, safer, and faster.

One Hanhaa channel partner has already sent goods across Poland, Belarus, Russia, and Kazakhstan en route to a final destination of Chongqing, China some 80 times, which has resulted in not only an interesting geography-driven series of data points (see below), but a truly fascinating sample of other factors in which to further analyse.

In order to help advance and streamline this particular MNC’s logistics-based operations in an effort to achieve optimal performance efficiency, Hanhaa took to the task by first looking for causation between key data points (as correlation between factors does not necessarily indicate a cause-and-effect relationship and as calculated by the R-squared value in red below) and noticed a few worrying trends.

First off, and as seen below, max temperature graphs yielded no significant variations between temperature ranges or standard deviation between maximum and minimum exposures, so much as three trips that skewed the data.

Further data deep-diving highlighted that these two out of the three trips also appeared to have been expedited (seen here by days tracked, or trip duration in column A).

Upon confirmation of these three freight trains moving more rapidly than the other 77 trips, Hanhaa was able to highlight to the MNC that shocks occurred more frequently, which put the luxury goods at a greater risk of damage (seen in column D, below).

What’s more, and going beyond merely reviewing this one set of trips, Hanhaa was able to look at the causative factor, or the R-squared value, across the entire sample and confirm a hopeful upward trend, or glideslope, around trip duration decreasing with fewer and fewer shocks incurred by the cargo, deviations around temperature range, and variations in humidity.

Still, Hanhaa prides itself, and rightfully so, on continuous process improvement with a keen eye on macro trends, such as the New Silk Road and other historic geopolitical shifts that may not see the current west-to-east shipping patterns return to a source, heretofore unknown, in the West.

The call-to-action, then, for any MNC or public entity looking to craft their own business-jargon fuelled initiative is, but again, simple:

Seek out influence in an authentic, data-driven way with a focus on politics, history, economics, and environment, among other PESTEL considerations, and, well, in a few centuries’ time their may be a ‘new vision’ named off one born of 2019, 2020, or beyond.